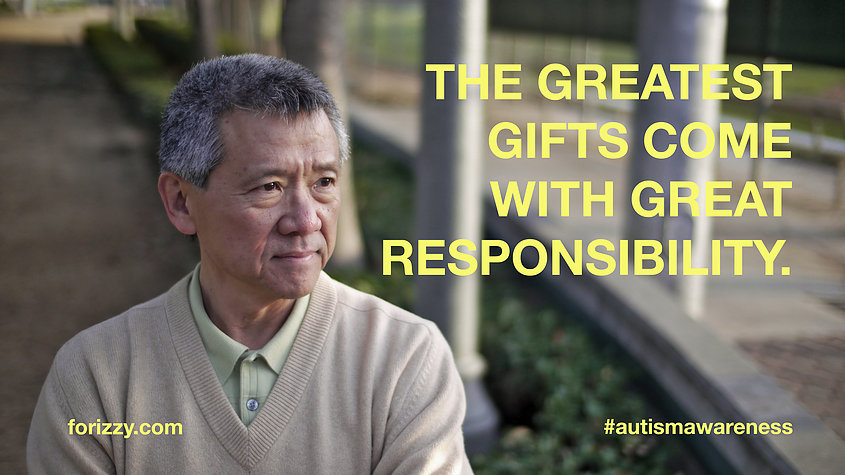 In today’s blog post, we asked actor Jim Lau about playing Peter Yip, one of film’s the central characters.

In what ways do you connect to Peter as a character?

Peter is a single father and his autistic daughter, Laura, is the center of his life. They literally depend on each other in every aspect and their relationship is as tight as an object and it’s shadow. And while Peter is a 100% dedicated father, he has very little time and concern for himself. In reality, I also have a very close relationship with my own daughter who’s also my center where I live my life around. Although technically I’m not a single father, in actuality I function more or less just like one because my wife, who’s a flight attendant, is gone most of the time from home! And like Peter, I’m also from Hong Kong. So, there are definitely similar background and qualities between those of Peter’s and mine.

What do you anticipate to be your biggest challenge as an actor in preparing for this role?

Compare to the other three women characters, Peter’s character appears to be the stable and “normal” one – at least emotionally! While it is important to preserve this overall dynamic that Peter is the stabilizer among the various characters, I think finding some personal “sparking” elements about Peter – it could be an inner voice of fear? or desire??- in order to make him a little more interesting can be challenging. Of course, the basic of what is like to be a single father of an autistic child who obviously requires special care itself is challenging enough!

Without giving anything away, what aspects of the story or the character are you most excited about?

I must say I was very drawn to the documentary like story telling structure – with interviews and all that – when I first read the script. From an actor’s stand point however, my initial reaction was that I had no clue about how to approach my character due to the structure or narrative style which also means my acting choices would have to be compromised somewhat. So, how to approach the character within the “limitation” of this type of framework and be able to tell a story without losing its dramatic integrity is a brand new ball game which is quite refreshing and exciting!