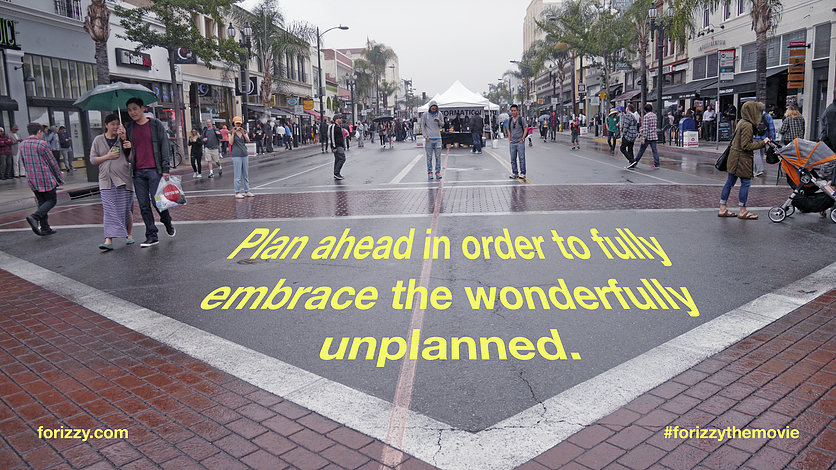 Some of the most magical moments on any film production are those unexpected ones. A technical mistake turns into a beautiful shot. A misunderstanding turns into a wild moment captured on camera. Or something planned fails to work at the last minute, forcing the team to improvise on the spot.

And this film was no exception. Moments like this photo above – we had planned on shooting some exterior inserts in Pasadena that day. We had the addresses mapped out. And then this music festival happens. The city had shut down some of the main streets to allow for pedestrian traffic only. For the kind of inserts we were after that day, it was one of those gifts that one couldn’t have ever imagined just a few hours before.

In fact, I think on just about every project I’ve worked on as a filmmaker or as an actor have had these happy accidents happen.

But paradoxically I don’t think they happen without foresight. In a way, you have to put yourself in a position to receive that serendipity. You have to prepare enough to be lucky, and on this project I’m sure glad we did!

REAL HEROES
SOUND IS HALF THE PICTURE
←
→