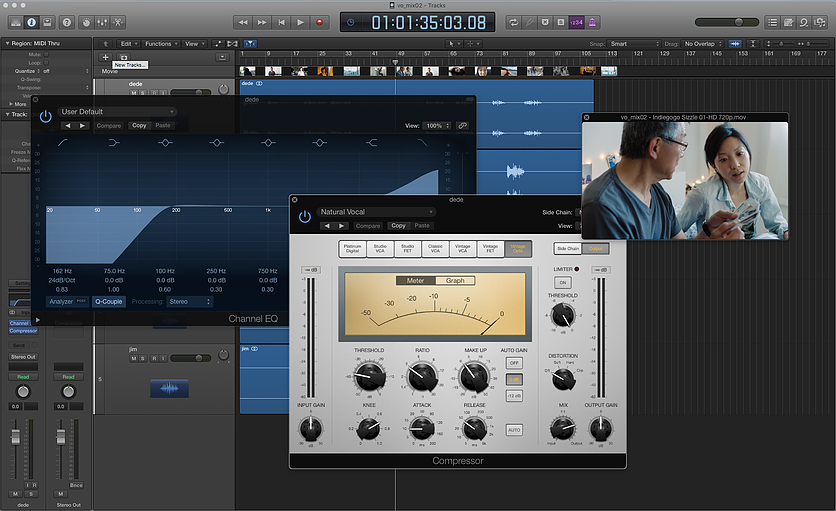 About fifteen years ago, I picked up recording as a hobby that later turned into an obsession: accumulating a small recording studios’ worth of microphones, preamps, AD/DA converters and boxes of cables, all connected to my Pro Tools setup on my Mac. At the time, I was recording my own music, as well as working with other singers on their own solo projects.

Back then, I never thought I’d be doing what I do today, nor would I expect all that tinkering in that home studio would be as relevant today as a filmmaker. It’s the Steve Jobs notion “you can’t connect the dots looking forward you can only connect them looking backwards. So you have to trust that the dots will somehow connect in your future.” (Or for that matter how that college course in modular mathematics twenty years ago that I took simply because it was not a morning class has since reappeared in the computer science course I’m enrolled in, but I digress).

It’s conventional wisdom in filmmaking to tout how important sound is in a film or video, to the point where at times it can feel like being the kid who knows she must eat her vegetables because she’s been reminded a million times by her parents.

But its importance really can’t be overstated. An entire film can be ruined by either bad quality sound, or poor choice of music.

THE GIFT OF THE UNEXPECTED
GETTING READY FOR THE CAMPAIGN
←
→