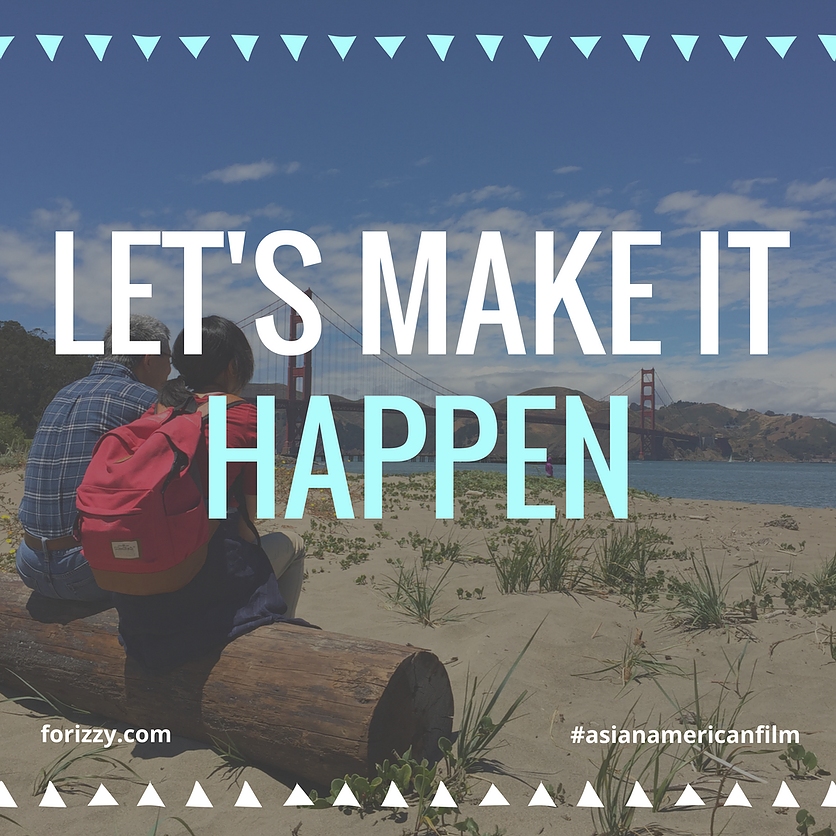 Over the past month, we’ve been working steadily on getting everything ready in advance of our crowdfunding campaign.

I won’t lie. I’m a bit terrified. I don’t like asking for money. And this whole crowdfunding thing is new to me (and to us).

But we do feel we have something special, and hopefully bring on more people along for the ride in helping us get this film made! I’ve been amazed that we got this far, as a year and a half ago, this was just an idea on an iPad.

With that said, this process wouldn’t have been possible without the help of Michelle Ang and Jenny Soo, who have been tireless champions for this film throughout our crowdfunding process. I wouldn’t have been able to do this without the both of them. And as always, the support, encouragement and mentorship from veteran actors Elizabeth Sung and Jim Lau – actors whom I would love to work with on just about any project because they always elevate everyone else’s game.

What I realized through this whole process of making films is that the fulfillment comes in the work itself. The process. The most awful times are when you feel utterly alone, like no one cares or that you’re walking alone with no one around. Which is why I’ve found the collaboration process so essential – to find allies and team members who believe in the project, to work together.

In a way, it’s not really about the film, but about the people involved. That’s what makes the experience special. Whether it’s volleying back and forth with Mike Gray about scheduling and other logistical haberdashery, or collaborating/constructively debating/contemplating with cinematographer Irvin Liu both on and off set – whose high standards along with his AC Mike McClure have made me a better director. Or production designer Ester Kim who seems to have everything figured out, in advance, that you wish you could clone her and have her fill just about every role on the production. Even sound mixer Kyle McClane, who does more than just his job, by being so good at finding ways to diffuse tensions on set before it blows up (note: if you’re crew and you can do this, believe me, other people are watching and will notice, in a great way). And there’s the production team Claire Reinganum, Tash Ann, and Patty Ramirez, whose tireless work behind the scenes ensured that a no-budget film could run as smoothly as possible. And finally, there’s our animator Natalya Serebrennikova, who is just amazing in every way! We all worked on this film in spite of the challenges and the crappy money, because we all believe in what the film has to say.

As we dive into post-production and the crowdfunding phase, we’re hoping to bring on more people who believe in the same.

SOUND IS HALF THE PICTURE
CONTRIBUTE NOW AND MAKE A DIFFERENCE!
←
→