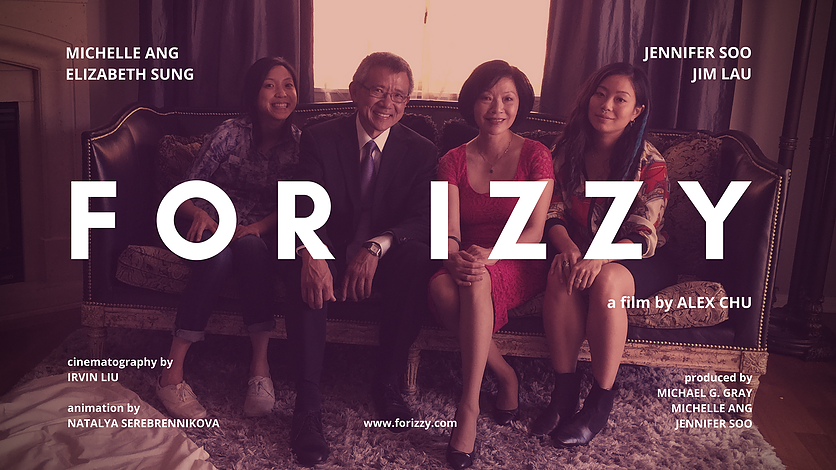 We are currently raising funds to cover post-production. Make a difference by contributing now to our campaign! https://igg.me/at/for-izzy/x

Films like FOR IZZY are part of a larger narrative in our culture. As a filmmaker, I never set out to write “diverse characters” nor was I prone to any soapboxing of social issues. But I suppose it’s ingrained in what I do that I take it for granted, from gay zombies to coming-of-age stories about Asian males, to the family drama that is FOR IZZY. And going forward, I don’t consciously try to write stories and characters with these kinds of “diversity in the media” issues in mind.

For me, it’s simply about creativity – I’m much more likely to come up with something original if I’m writing about people you don’t normally see.

So for me this isn’t just about social justice. It’s about making more interesting movies, period!

That’s why as a filmmaker, that is my mission. I want to be a part of that change. And I hope you will join me and many others (on this film and on other film projects that share the same sense of mission) in this movement!

GETTING READY FOR THE CAMPAIGN
CAPTURED ALIVE
←
→