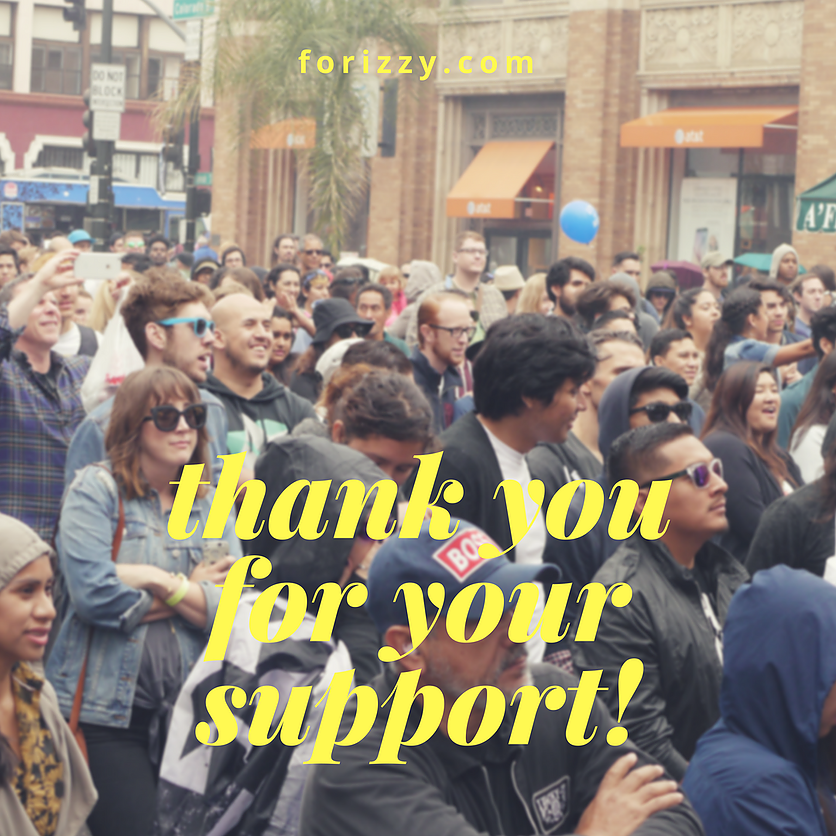 Simply put, I’m blown away by those who backed our campaign. Going into it, we had no idea how this would turn out. None of us had experience with crowdfunding, and frankly it was terrifying at first. What if people get annoyed? What if I look desperate? What will people think of me?

And then something clicked. When folks started emailing me to explain why they contributed, I realized something. People DO want to help when they believe in the mission – in a way, they want to be a participant in the cause, with filmmakers as custodians of that cause. It’s not about me, you, us or them – but about something beyond that.

It doesn’t have to be about hard hitting social issues (although FOR IZZY does touch upon it), but about community.

It’s the CROWD in crowdfunding – that’s the other half that matters as much if not more than the funding itself.

It’s not just contribution, support or donation – it’s about participation.

And I do very much now feel like a custodian of this film that you have entrusted me with.

A BIGGER PURPOSE
THE FILM IS IN THE CAN
←
→